In early March, An autonomous shuttle called "GACHA" was piloted at Kansalaistori square in front of Helsinki Central Library in Finland, where snow fell and slush floated. Perhaps the CEO Hari Santamala and staffs at Sensible 4, developer of GACHA, would want more harsh snow fall and frozen road. Because, GACHA is an all-weather autonomous shuttle regardless of the situation. I interviewed with CEO Harry Santamala of Sensible 4.

Q. Please briefly introduce your company and GACHA. I would appreciate if you introduce the core competence of the company.
A. The story begins from thirty years back(1985). Founders of Sensible 4 were pioneers in Finnish robotics studies at the university and actively working with various practical robotics and software projects. Many experiments later, a sudden awakening to climate change challenge gave a boost to electric vehicles and autonomous driving. The automotive industry was in need of new solutions for new market challenges.

In the year 2017 there were robotbus demos in Helsinki, and I was behind them. The head of MUJI happened to see one of those vehicles in front of Helsinki City Hall. He got to like both Finland and robotbuses.
Once it was evident the current automated buses could not manage in harsh weather conditions like the regular Finnish winter, there was a need to be filled. Knowing they could develop better solutions for autonomous buses, Sensible 4 had to take up that challenge. MUJI got convinced of Sensible 4’s capabilities and the collaboration was ready to start.

Q. There are several autonomous driving startups in Korea, but they have not grown significantly for various reasons such as regulation, system, and investment. What kind of environment does Finland provide for autonomous startups?
A. Finland’s traffic rules and regulations as well as the political atmos have been favorable for taking the autonomous driving further. Finland’s legislation does not require the driver to be inside the vehicle. This has been a starting point for fast development. The traffic safety agency Traficom and Ministry have been supportive to real-life trials with minimum amount of bureaucracy.

The Finnish winter conditions in Lapland were very useful to gather proof of how well Sensible 4 can function. Aurora Arctic Challenge project gave a possibility to Sensible 4 to go and test-drive their autonomous vehicle in Finnish Lapland on a regular road acting as a test-bed.
Of course our challenge here is that we don’t have automotive OEM or Tier 1s who are driving the development(besides startups). To be successful in Finland, you need to build strong international partnerships. 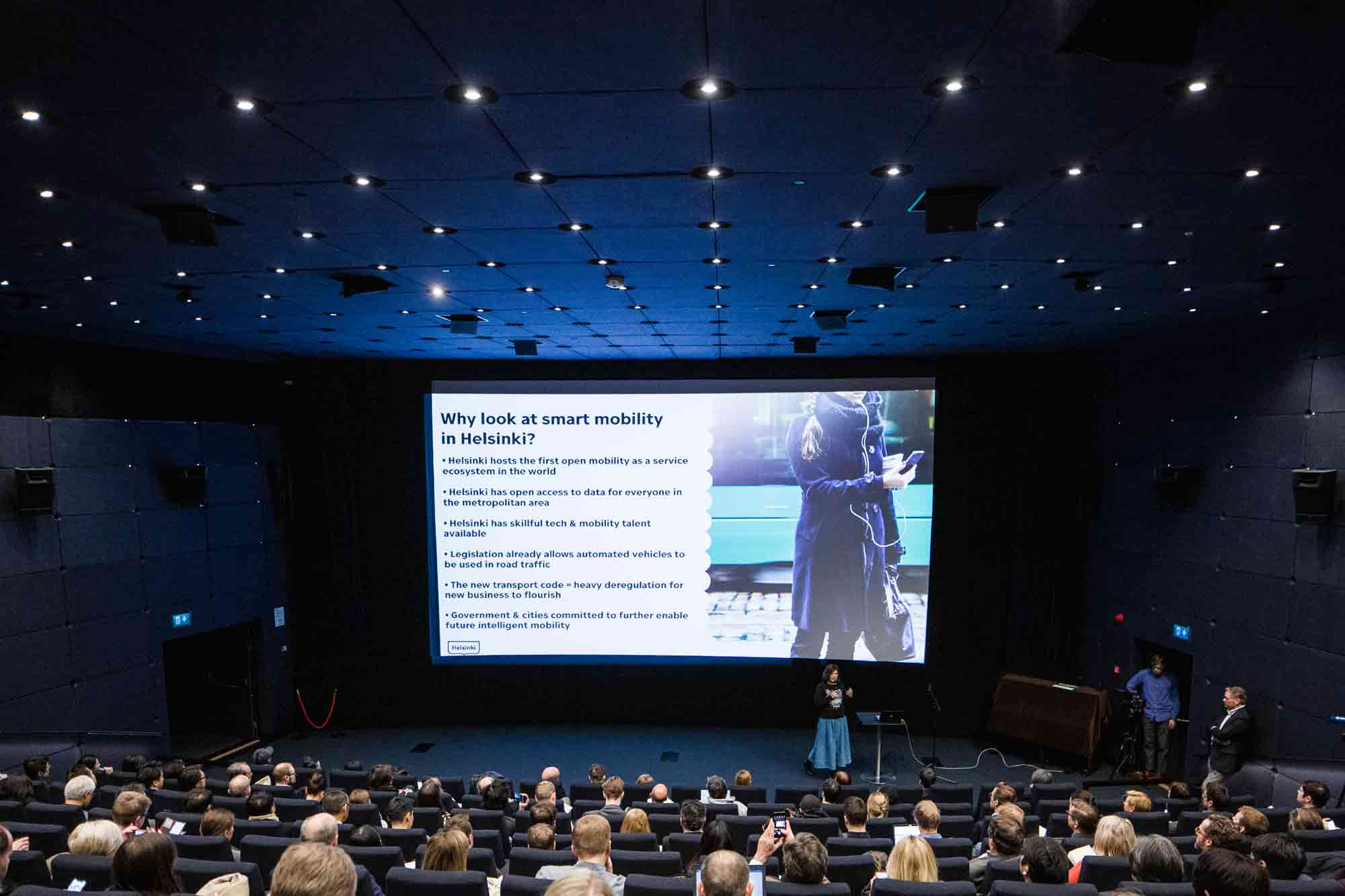 Q. In particular, I thought lidar-based software was the core, but how did you do it? All-weather autonomous driving was regarded as the greatest obstacle to full autonomous driving. How did you overcome the lidar and camera's limitations? How do you solve problems that are difficult to detect due to snow, rain, dust, etc.?
A. Lidars do see snow there is no arguing that. We are not actually only relying to lidar and we do consider multiple streams of sensor information to be able reliably identify the situations such as you described. The set of sensors are visualized in below video:


To give an overview(but without giving out too many trade secrets) of the different levels of actions, ▶1: We are working on 3D lidar based algorithms that tolerate snow, water etc. This does the tricks like converting the points to probabilistic clusters, background substraction..., ▶2: We are working with Radar data to extract relevant information from a sensor modality that is not affected by snow, ▶3: We are working on fusion of these two the improve the robustness and reliability of overall system, ▶4: We are working on image based classification and detection to add another layer. We have considered and used also FIR cameras in this. FIR has plenty of advantages, however, right now the technology is still far too expensive to be added to the overall package, but this is changing too rapidly.

Q. Which company is sensor solution used by Sensor 4 and GACHA and why?
A. Sensible 4 is sensor agnostic, we use the best combination for each application. Typically this consists of sensors our customers are producing or have already selected. In GACHA bus we are working with Robosense Lidar and SICK as they provided excellent balance between price and properties for all-weather.

We actually see the AD as fleet, not single vehicles. In our mindset the fleet should have similar business model as elevators have where the fleet operator can have strong influence even remotely to assist the vehicle which is running in to low confidence situations.

The overall AD market is still very inmature and we are solving the puzzle from our end which is the software for all-weather applications. We need better sensors but we also need better interpretation of the sensor data, otherwise at the end of the day better picture does not help unless we understand what we see.

Q. Is there a possibility of adopting new sensors?
A. Yes, the all-weather ability is all about smart fusion of data from different sensors and we are constantly looking for better ones. We have been developing this software solution since 1985 and due to deep technology under the surface there is no way to detect outside what is happening under the surface. 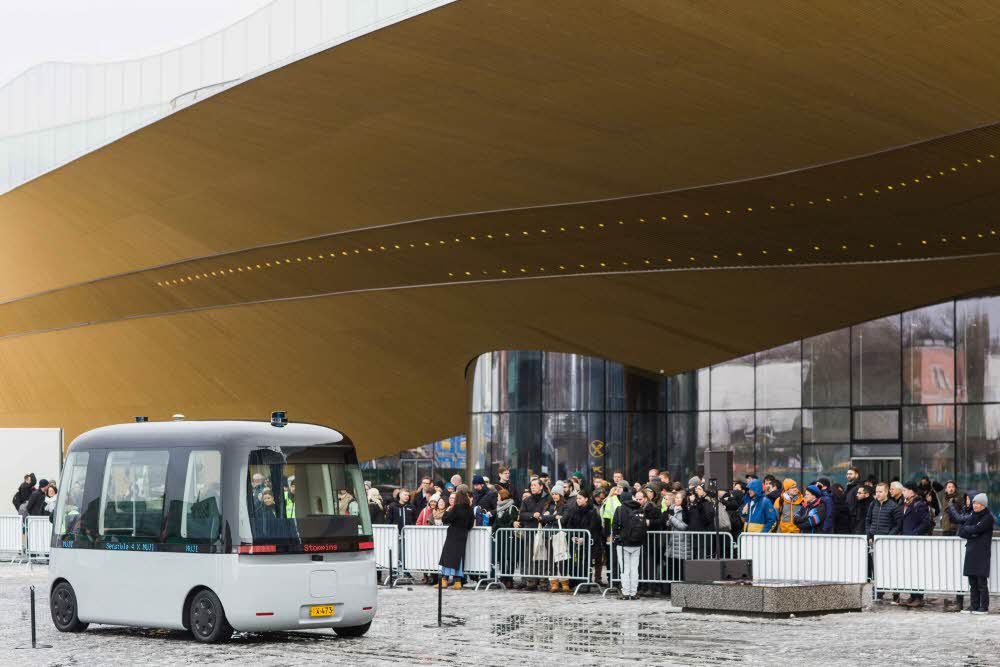 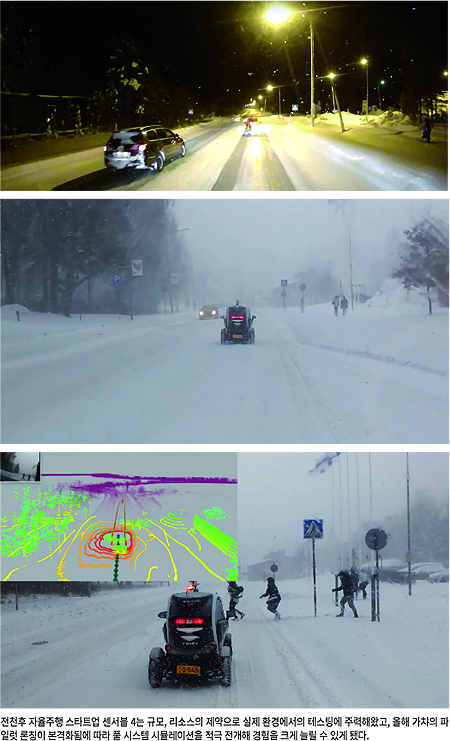 Q. In this regard, environment of Finland would have put a lot of pressure on the chassis and e drive lines. and This is often overlooked by autonomous shuttle startups. How does Sensible 4 overcome this problem? What company parts were used?
A. For hardware we are currently looking into collaboration with well-known automotive manufacturers to ensure the traditional part of the bus is up to the bad weather challenge.
For software, including dynamics, our advantage is that we are forced to develop and test in bad conditions due to our climate. Driving in low-friction or poor visibility conditions come very naturally for us and we think they are important part of successful product launch.

Q. What are the actual and virtual simulation times, and how much data was accumulated?
A. As small company we have restrictions on what we have resources to do. We have put more focus on real-world testing and full-system simulations are something we are ramping up during 2019.

Q. If you are targeting the OEM market, the standard response such as ISO 26262 is also important.
A. It is applicable, however we are focused on lower city speeds in urban or sub-urban area. We are focused on EU and Asian markets and see OEM and Tier1 suppliers as our primary customers.
ISO 26262 plays important role but it is also crucial to realize the legal development in each countries and to closely follow those in AD software we are developing. At the early maturity of AD market the traditional automotive companies are keen on working with startups who have such valuable deep technology that by good collaboration we can speed up the market entry and jointly ensure the product meets the safety criteria set up for it. 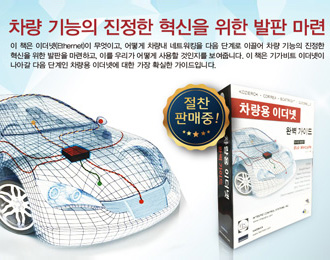